Could Fan Charts use filters? 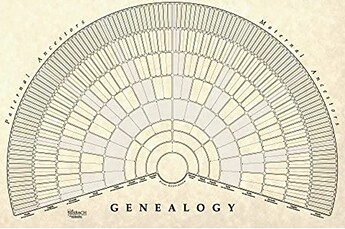 A split screen option would be possible if the Fan Charts Gramplet allowed the same features but also had an Active Person/Home Person switch. So a Relationship path between <persons> filter simultaneously apply to the fan chart & Gramplet would show the paths from common ancestors. If they were double (or triple cousins, this also could be graphically represented.

Filtered charts could also allow special condition to be illustrated. Like an arc of great-great-grandparents without any of their descendants or ancestors. Or a fan chart that only includes grandparents & up - the blank center of the graph allows it to be re-used for all the sibs & their descendants.

Alternatively, if you wanted to show each person only once but show all of the paths, you could create a filter that selects the desired set of people and then use that filter as the basis for a Relationship Graph. I tested this with a person whose parents were first cousins. The pair of great-grandparents that would be duplicated in a fan chart appeared only once in the relationship graph. (For purposes of this test, I simply bookmarked the people I wanted to include in the graph.)