I’ve added a photo of wedding in the marriage event and also in the family box.

Is there a way to show this picture in the Charts tab using the plugin Graphs View? 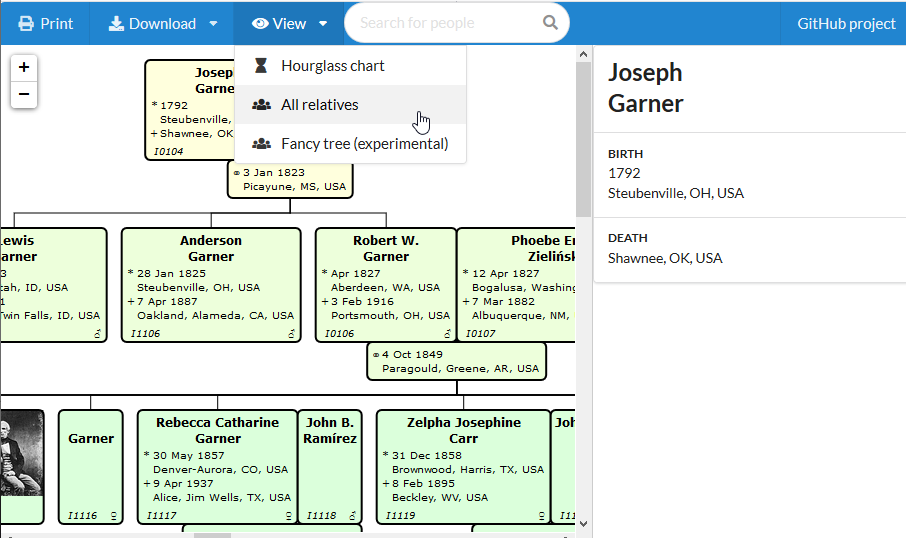 906×538 41 KB
The goal is to show such wedding pictures in the same graph view as the photos of persons.

It looks like a photo would squeeze into the Interactive Family Tree with less modification.
That add-on used the Topola viewer. So you could submit a feature suggestion ‘issue’ to Prezemek Więch on his GitHub issue tracker

For the “Graph” Chart View add-on, Gary Burton appears to have requested suggestions be submitted via the Gramps bug tracker (powered by MantisBT)

Note that neither of these are Reports. So, if you wanted output (hard copy, including PDF; or to include it in a website generation), you might want to look through for a Report that could be adapted in the same way.